‘My vision is for a country, a society, a world where we don't use any coal, oil, or natural gas because we have zero-emissions electricity in huge abundance.’ That's what Australia's Chief Scientist, Alan Finkel, said in October 2015, a month after Turnbull toppled Abbot as Prime Minister. In 2019 with Morrison at the helm, I update my 2015 post, getting mighty hot under the collar.

Very little has changed since I wrote this post in 2015: on R&D, Greece and Slovenia are still outspending us, and a 2019 budget cut of $1.3 billion will place Australia behind Mexico and the Netherlands when it comes into effect later this year.

What has changed are the government’s tactics: The Sydney Morning Herald reports that Treasurer Frydenberg ‘angered business leaders this week, when he challenged them to rethink spending on special dividends and share buybacks and instead back themselves and invest in R&D for the good of the economy.’

So the treasurer is in fact saying: it’s not the government’s job to raise R&D spending, it’s industry’s. That’s a bit rich, coming from a government that has failed to set an energy technology agenda despite many fine words from Prime Minister Turnbull. The conservatives in his party blocked every policy initiative he floated.

However, Macquarie Group’s chief executive Shemara Wikramanayake announced that the group was raising equity of some $1.6 billion to fund the group’s growth. The Sydney Morning Herald wrote that the attempt 'to seize ... growing opportunities to invest in the fast-evolving areas of renewables, technology and infrastructure would be music to Frydenberg’s ears.' We wonder how many others will follow.

Image source: Unesco. Australia is the little dot between the Netherlands and Belgium in the middle. The size of the balls indicates the amount each country spends on R&D

When Innovation becomes a Dirty Word

So much for the former prime minister’s $1 billion innovation agenda. Announced three months after he won office, Turnbull’s agenda and Finkel’s vision both lie buried under mountains of coal.

‘As a driver of innovation,’ KPMG's chief economist Brendan Rynne told the Herald, ‘the reduction in R&D investment is not a good sign for an economy already struggling for productivity growth.’

Monash University economist Jakob Madsen told the Herald that R&D was a critical part of moving the economy away from the mining sector … while leaving Australia with few globally competitive technology firms such as a Google or Apple. ‘The Australian economy is far too undiversified,’ Marsden said, ‘deriving a large part of its foreign income from a few minerals and agricultural products.’

How did we get here? How come we've slipped behind countries like Slovenia and Mexico in R&D spending? Our current Prime Minister, Scott Morrison, hasn't articulated a vision for innovation; I can't recall if he's ever used the word. Malcolm Turnbull used it often but went missing in action. Tony Abbott didn't even appoint a minster for science & technology, and cut funding for research, yet he wasn't the first Australian Prime Minister to do that.

Australia's spending on R&D has been trending downward for 20 years. Once we beat our chests and claimed we were the clever country. Now we can only wonder how we lost the plot so badly. For all its rhetoric, the Labor government led by Rudd and Gillard wasn’t much better for science than the previous Howard government.

'CSIRO to slash jobs and research' was a headline in THE AGE in May 2008. Why any government would cut funding to the one organisation that has commercialised more major innovations than any other, defies common sense. The Parkes telescope, the anti-flu drug Relenza and the polymer banknote are just a few from CSIRO’s rich bounty.

In 2012, The Conversation’s headline was: ‘Mid-year budget slashes $499m from research support.’ The report added that the Labor Government’s Mid-Year Economic and Fiscal Outlook (MYEFO) for 2012-13 included cuts to the university sector that totaled around $1 billion.

‘A concerted attack on the science and research community’

In 2013, the Australian ran the headline: ‘Gillard to pull $2.3bn of funding from unis to pay for Gonski reforms.’The article pointed out that ‘Australia currently sits at 25th out of 29 advanced economies ranked on public investment in universities as a percentage of gross domestic product.’ Around the same time, ABC News reported that the ‘CSIRO looks set to cut 200 jobs.’

‘There does seem to be a concerted attack on the science and research community by the Federal Labor Government,’ Independent MP Andrew Wilkie told the ABC. ‘I would have thought that any government - particularly a Labor Government - would see science, research and tertiary education in the universities as being among their most important priorities.’

Worse was to come: By September 2013, Australia had a new government which, for the first time since 1931, did not include a science minister. This was a clear sign that Mr Abbott didn’t see science playing a serious role in Australia’s future, and stood in contrast with his promise to ‘provide the long-term, stable policies and vision that our nation's scientists and researchers need to excel in their work.’

The end of manufacturing

The coalition government’s biggest challenge was identifying and supporting new industries that could replace the closing car-manufacturing plants of Ford, Holden and Toyota. NEWS Limited reported that almost 200,000 jobs would be lost nationally, including those among suppliers to the car makers, by 2017.

On April 16 2014, the AGE reminded the government that Robert Menzies ‘had led a massive expansion of Australia’s scientific research capacity, was involved in the creation of the Australian Academy of Science, and funded the building of important infrastructure such as the giant radio telescope at Parkes and the phytotron in Canberra. He also oversaw a tenfold increase in the budget of the newly formed CSIRO in just 15 years.’

'If there’s one thing that shines out in the history of this century,’ Menzies said, ‘ it is the enormous capacity of science to expand its boundaries. By the end of this century ... the boundaries of knowledge will have been pushed back to places as yet unseen and unimagined.’

The coalition ignored the AGE’s reminder and slashed funding to the CSIRO and other research bodies in the May 2014 budget. A $20 billion Medical Research fund was the only bright spot for science, but it was to be paid for by patient contributions to Medicare, a scheme that never got off the ground. Neither did the $20 billion fund.

When Mr Abbott told Texan business leaders in June 2014 that coal would fuel human progress for decades, the writing on the wall could no longer be mistaken. When he announced in October 2014 that ‘coal is good for humanity’, many Australians were left speechless. An adviser to German Chancellor, Angela Merkel, labelled the Abbott government's fervent support for the coal industry as an economic suicide strategy.

The coalition cut ‘more than half a billion dollars to the country's vibrant scientific institutions, such as CSIRO and the Australian Research Council,’ the Financial Review reported in January 2015 under the heading How ignoring science damns our economy. ‘The cuts resulted in scientists being laid off and projects and dreams shelved,’ the paper said. ‘What the government delivered left the nation's research complex reeling.’

In July 2015 ABC News reported that Prime Minister Tony Abbott had tried hard to abolish the $10 billion Clean Energy Finance Corporation (CEFC), but the Senate had stopped him. Mr Abbott then issued new instructions to the CEFC which severely limited the projects it could fund.

Labor’s Andrew Leigh said: ‘If all the CEFC can do is collect the methane from farting cows, it's not going to produce a return 3% above the Government bond rate.’ Greens Senator Scott Ludlam called the move ‘an extremely vindictive form of industrial sabotage,’ and added: ‘This is a prime minister who's done everything possible to handcuff our country to the coal and gas industry, doing everything he can to wipe out a low-cost competitor.’

As we showed in our piece South Australia - Basket Case or Renewable Energy Star, wind power is a serious low-cost competitor to coal. Add to that the number of countries increasing their renewable energy targets and reducing their reliance on coal, and betting Australia’s future on coal exports does begin to look like economic suicide. Worse, the government’s frequent attacks on green power stopped investment in renewables dead in its tracks.

‘How ignoring science dams our economy’

The article quotes Professor Elizabeth Blackburn, who jointly won the Nobel Prize for physiology or medicine in 2009. ‘How could Australia not think of investing heavily in science?’ she asks. ‘This is just insanity. The fact is that the natural resources boom is fading away – it's foolishness.’

When Malcolm Turnbull became Prime Minister in October 2015, he appointed Dr Alan Finkel to the position of Chief Scientist. At his first press conference in his new role, Dr Finkel said: ‘My vision is for a country, a society, a world where we don't use any coal, oil, or natural gas because we have zero-emissions electricity in huge abundance.’

We can only wonder how Dr Finkel felt when he read the July 2019 paper from the Australia Institute, which reports that, in absolute terms, Australia is the world’s fifth largest miner of fossil fuels, ranking behind only China, United States, Russia and Saudi Arabia. On a per capita basis, Australia is on par with Saudi Arabia. 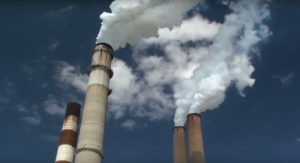 Phillip Pitt commented on 11-Nov-2015 12:44 AM
Interesting article, I have first hand experienced the difficulties associated with R&D government grants seemed almost impossible to access. After the best part of twenty years our Brand is finally available in Australia, I would have loved it to say MADE IN AUSTRALIA on packaging, being a paintbrush this was impossible, you may want to check out our website. Its a long hard road and proved to be a steep learning curve, in particular the IP process. I would be most grateful for any assistance or advise whilst our product it self is so simple A paint brush that features click on hose connection for fast and efficient cleaning I feel it has great potential in the Aussie market still only small scale production one size. As mentioned any help or advise would be greatly appreciated.
Cheers Mate
Kind Regards Phillip Pitt
Manager Founder
Atlantis Aqua Flow Paintbrushes

The case studies are fabulous. I don’t know how you got quotes like that out of customers. They’re priceless and were written and approved in record time, so customers must’ve been happy about them. More than that, we didn’t have to worry about a thing. It was all just done for us.
Neil Bolton
CEO, Recruitment Systems

We’re engineers not marketers, so it was fascinating to see Technoledge turn our spec sheets into an eye-catching website and collateral that actually say what we do. The website’s also attracted more leads in its first 5 weeks live than the old website did in 2 years.
Aaron Maher
Managing Director, Procept